This is my cleanest and most useable github project to date! It's simple: a command line tool that gives you an easy way of accessing a map at any time.

My goal was to make the best bot with the least complexity. As is, it is ranked #64 on the bot server, though this says more about how unpopulated the bot server is than how good my bot is. It uses a 3 move lookahead with crude pruning (only checks top ten options at each iteration) and a simple scoring mechanism. Watching simplicity lead to complex behavior is very aesthetically satisfying.

Some issues: Confused by mazes of walls. No defense whatsoever. Watch a replay here: (link) (My bot is Marbot)

This was done in js, using the api at dev.generals.io. I have a react.js viewport that updates live so I can watch my bot play in real time. This was done using react. At some point I might download the 200,000 replays and try to train an agent to play.

To practice ML, I'm scraping hex colors from websites to make a large dataset of color schemes. Currently, I have around 10,000, and will shoot for around 20,000.

The visualization above is part of my dataset. Each row is the colorscheme from one site, sorted. 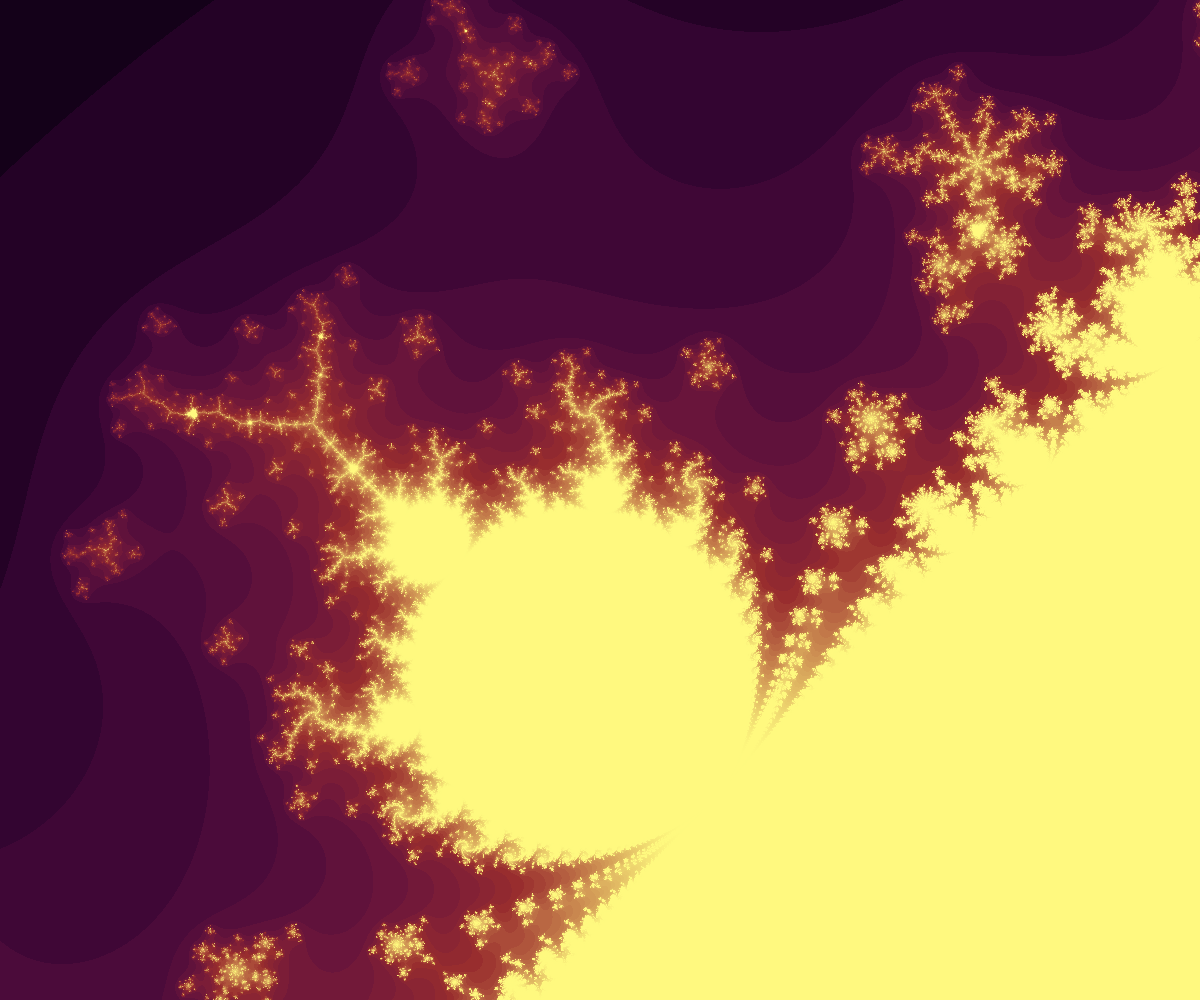 Fractal displays like the mandelbrot set are a visualization of complex numbers that converge to a finite number. The x-axis represents real numbers and y-axis represents imaginary numbers, and each point is put into a recursive function. If it goes to infinity, it is not in the set. The light colors are the ones that are (probably) in the set, but since we can't tell exactly, how dark the color is represents how quickly the function grows.

I specified the coefficients to the fourth degree for the complex polynomial that generated the picture above. Later I might make a way to zoom in on parts of the fractal, and then rerender that at a higher resolution. 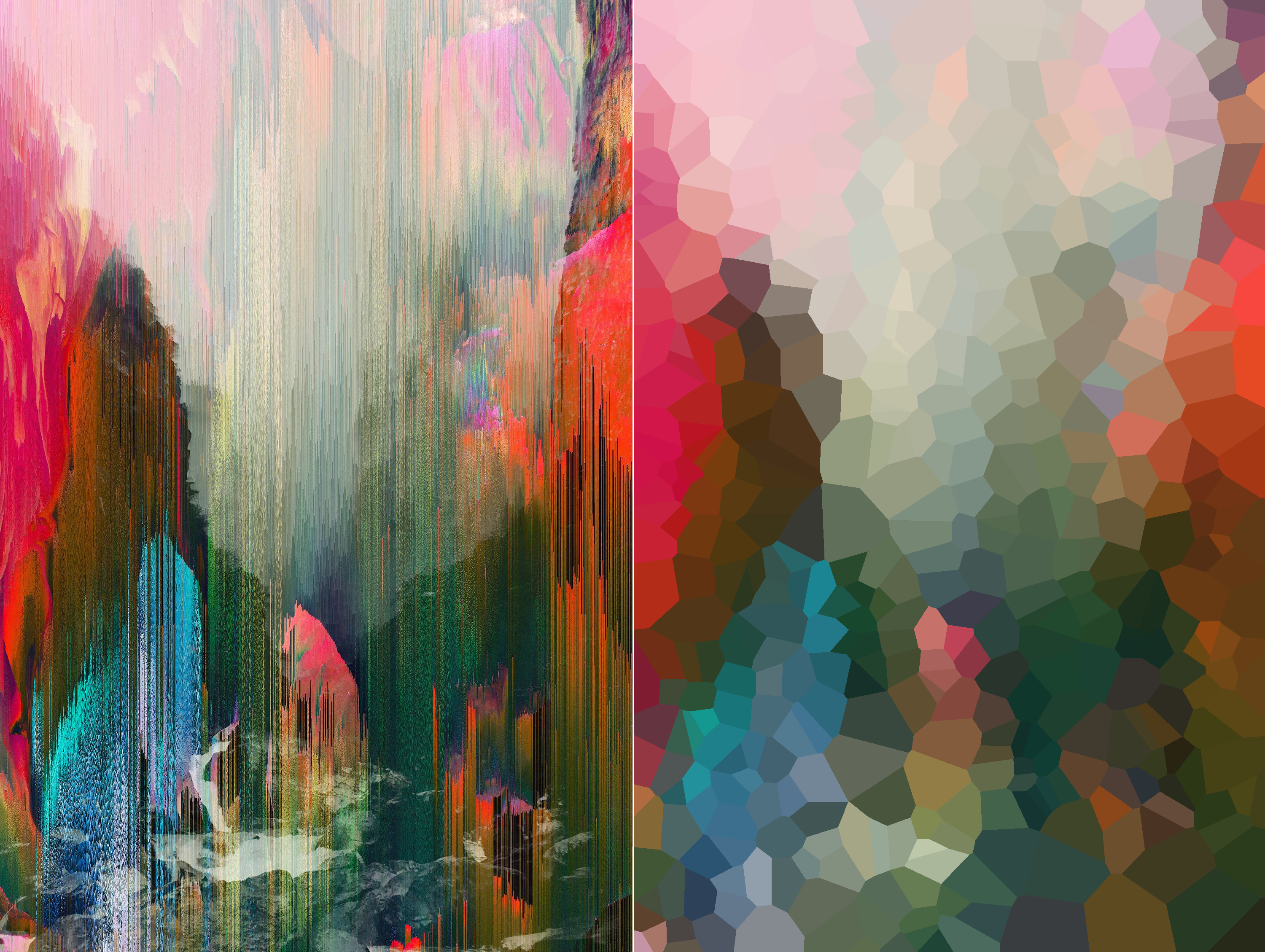 Voronoi cells are neat: given a series of points, you can divide the space into cells around each point where everything in that cell is closest to that point and no other.

Given a picture, I generate centroid points either in a uniform distribution or a fat-tailed gaussian distribution (centered around a focal point that I specify), find which cell each pixel belongs to (an O(num pixels) operation) and color them according to the average color of pixels in that cell.

Finding faster algorithms was challenging. I couldn't figure out why k-d trees were so much slower than simple 1d binary search, for one. In the end the algorithm was expanding a circle around each centroid, and marking the pixels if they haven't been marked before.

You don the headset, and walk across the station. Something is wrong, and people are tied to the tracks: five on the main track and one on the other. There's a lever in the center. You hear a train. Do you pull the lever? When the train arrives, you're not done. The game starts again, but you're in the body of one of the people tied to the tracks. Most likely, you are one of the five.

I implemented this using Unreal Engine 4 for Occulus Rift. 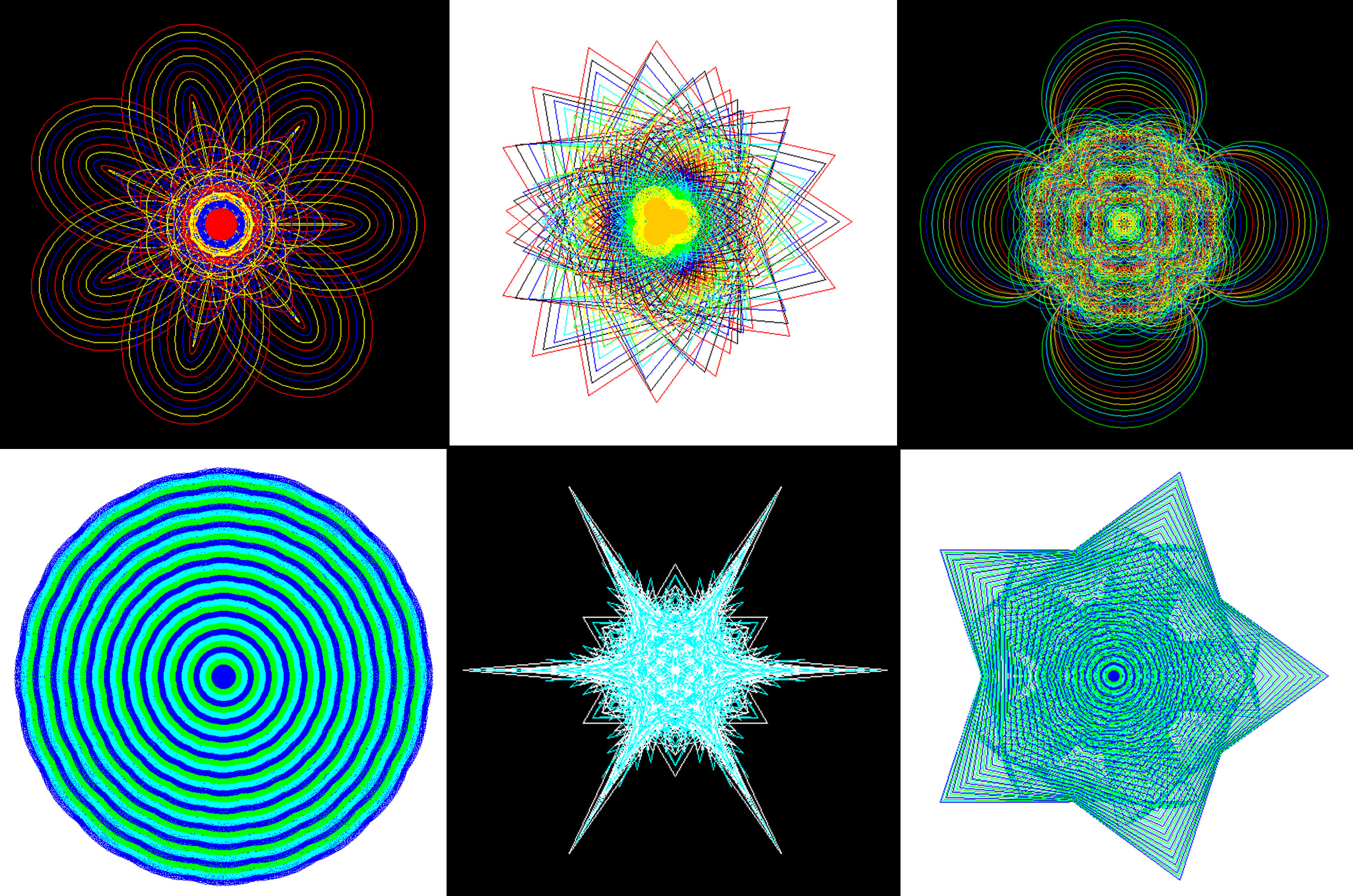 These were created through a recursive algorithm, but intuitively. Imagine a chain of popsicle sticks, each attached to the next by a shaft with a rotor and pen attached. We get the rotation speed using an equation f(n) where n is the rotor in question.

Given an equation, you can watch the sticks carve out patterns.